Out-U-Go! started way, way back in 1996.  For those of you who don’t remember, this was the year Oprah started her book club, the Spice Girls had a #1 hit, and fax machines and pagers ruled the world of technology.

Out-U-Go! began in the Chicago suburb of Oak Park.  Oak Park is known world-wide for being the hometown of Frank Lloyd Wright, Ernest Hemingway, Ray Croc, and Betty White.  It’s here that OUG! got its start.

We didn’t start out as anything too fancy… no giant business plan drawn up by a board room in corporate offices.  OUG! started with what we like to say was, “one six-foot leash, one 40-pound dog, and one big dream.”  We started off as a couple of people walking dogs and petting kitties.  There was nothing too complicated about it.  We didn’t know much, but we were awfully dedicated to doing everything we could to provide the best care possible.

Over our first few years, our little dream grew and grew.  Our OUG! family of pet parents expanded and we took care of more and more dogs and cats.  Before we knew it, it was 1999 and we had our own website.

And as it turned out… it just didn’t end there.  After months of rigorous testing and preparation, we survived Y2K and braved our way into the world of the 21st century.  With our years of experience behind us, we discovered we were getting a little bit smarter. We began creating customized report cards for all of our pets, improving our staff training, and even working on a permanent logo (we had a good three-year run of changing our logo every three months).  We even created a theme song!

The mid 2000’s brought even more change.  After growing significantly in Oak Park and receiving so much great support from our pet parents, we decided to open up a second location in the big city of Chicago.  In 2005, we opened a “downtown” office to provide care for these urban pups.

By the mid- to late-2000’s, everyone was telling us that we were pretty good at this dog walking and pet sitting thing.  We frequently heard from out-of-town people, “Boy I wish Out-U-Go! was in my area.”  It’s always been critical to our mission to make sure everyone is happy, and we continued to grow with that thought.  Our first new endeavor was to the far, far West suburbs of Chicago (actually, to Denver).  Since then, we have continued expanding nationally.

It’s been a fun ride on the OUG! wagon.  From day one through today, we’ve had a great time doing what we do… On the doggie scale of fun, we’re riding with the windows down and our heads out the windows.  By putting one paw in front of the other every day since 1996, we have gotten better and better at providing the “Awesome Pet Care” we set out to provide. After more than 1,000,000 total visits, we’re like a fine wine… getting better with age.

We love that we’ve had the opportunity to care for so many awesome furry family members and are looking forward to doing so for a very long time into the future. 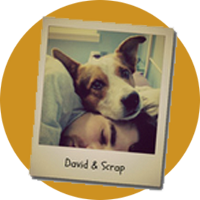